DM199 aims to protect valuable brain tissue during the hours to weeks after an acute ischemic stroke (AIS). DM199 promotes microcirculation at the site of the clot when taken up to 24 hours after the onset of stroke symptoms. Not only can DM199 be administered up to 24 hours post onset of stroke, (treatment window longer than any existing therapies) , but it may also be a safer alternative for patients who are excluded from other treatment options because of clot location, delayed arrival at the emergency department or other safety considerations.

Acute ischemic stroke (AIS) is characterized by the rapidly developing loss of brain function due to a blockage of blood flow to the brain. According to the U.S. Center for Disease Control, stroke causes approximately one out of every 20 deaths in the U.S. each year. Nearly nine out of 10 strokes are AIS.

When a blood vessel in the brain becomes blocked during a stroke, a core area of the affected brain tissue will typically suffer a nearly complete loss of blood flow, with a surrounding area (the “penumbra”) experiencing a partial loss of blood flow. Cells in the core area rapidly depleted of their oxygen and glucose stores, leading, often within minutes, to cell death. The cells in the penumbral area may remain viable for several hours but are eventually at risk of tissue damage from reduced oxygen and glucose availability and compression resulting from fluid buildup in the brain.

DM199/KLK1 supports the production of nitric oxide and prostaglandins which act in tandem to improve vascular health. Locally delivered/activated when and as needed 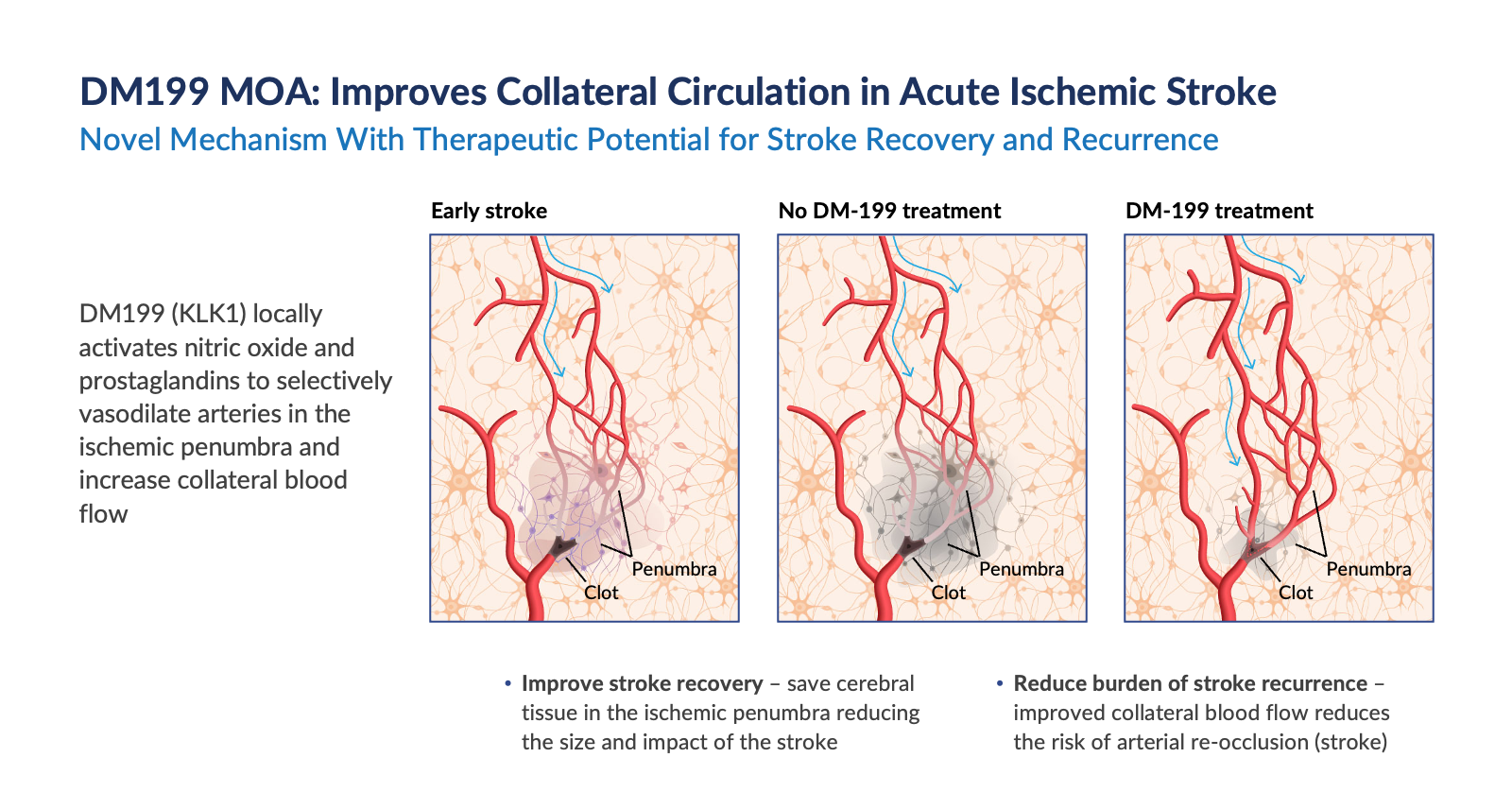